We do this by mentoring and encouraging young offenders to make a positive change and providing them with the tools, support and opportunities they need to continue on their new path when they are released. Contrary to what some people believe prisons in the UK do not provide a stimulating environment for change. Mentees sometimes spend up to 23 hours a day in their cells and the only people they talk to are fellow inmates or prison officers. Mentoring allows them to speak to ‘an outsider’. Someone who doesn’t tell them what to do or judge them for the things they may have done, but someone who can help them see a different path and offer the guidance they need to create a better future.

Our work impacts hundreds of lives daily and this is what drives us on.

Our mentoring service doesn’t stop at the prison gates. For us it’s not just about preventing a young person from reoffending and going back intro prison. The real value comes by inspiring them to spread their message, their experiences and to educate others from similar backgrounds or vulnerable positions that there is always another way.

The UK has endured very high youth reoffending rates for decades, delivering a constant financial and social burden on society. Part of the problem stems from the fact that the opportunities for ex-offenders to enter employment upon release are limited. Only one in four have a job to go and in a recent YouGov survey 50% of respondents said they would not employ an ex-offender.

This is why we are working hard alongside mentees and organisations to break some of the misconceptions surrounding youth offenders with a view of offering these young people better opportunities to change their lives around.

FIND OUT HOW YOU CAN GET INVOLVED > 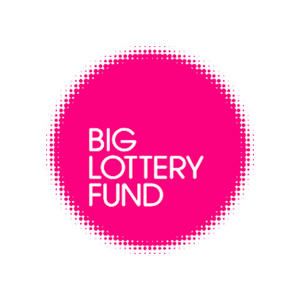 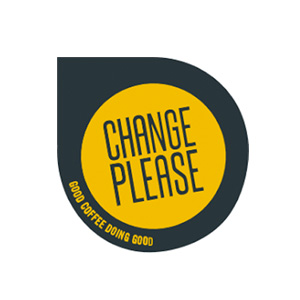 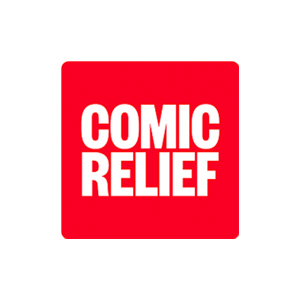 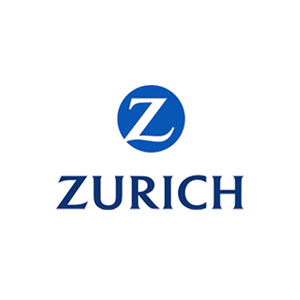 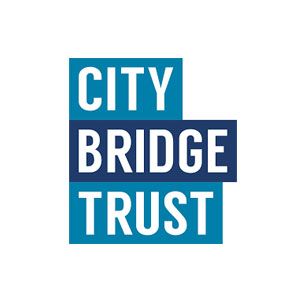 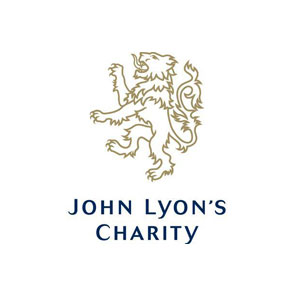 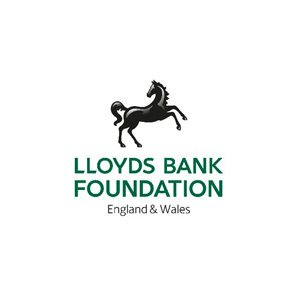 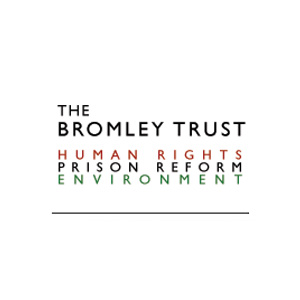 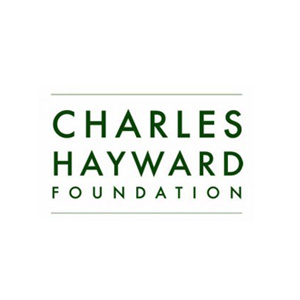 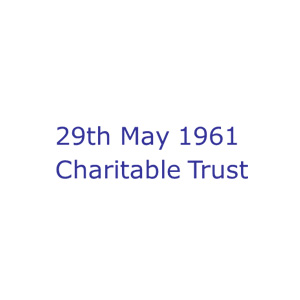 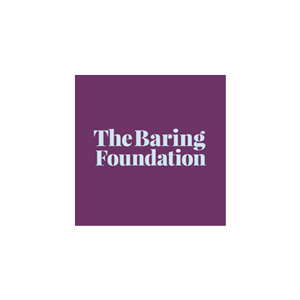 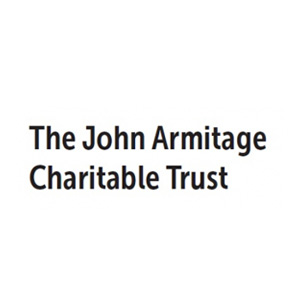 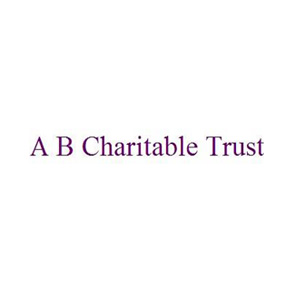 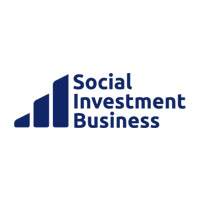 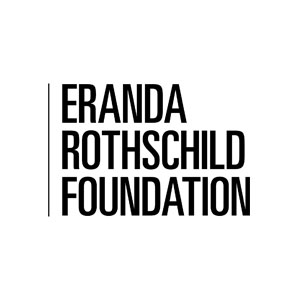 Our board of Trustees

David Ramsbotham, Baron Ramsbotham GCB, CBE is a retired British Army officer, who later served as Her Majesty’s Chief Inspector of Prisons from 1995 to 2001. He was awarded his life peerage in 2005 and now sits on the cross benches of the House of Lords. He is President of the Koestler Awards scheme and Vice-Chair of the All Party Parliamentary Group on Penal Affairs; he is President of UNLOCK and an Ambassador for the charity, The Prison Advice and Care Trust; he is a trustee and President of the Institute of Food, Brain and Behaviour; he is a Patron of Prisoners Abroad, a charity that supports the welfare of Britons imprisoned overseas and their families, and Prisoners Education Trust, a charity that supports serving prisoners through a range of academic, creative and vocational distance learning courses whilst inside; he is a Patron of the African Prisons Project, an international non-governmental organisation; he is President of the charity PTSD Resolution, which provides treatment to Veterans with post-traumatic stress through its UK-wide network of 200 therapists; he is Chairman of the All Party Parliamentary Group on Speech, Language and Communication Difficulties and of the Criminal Justice and Acquired Brain Injury Interest Group and also Chairman of the Cross Party Group on Drugs, Alcohol and Criminal Justice.

John is a graduate of St.Andrews university and has worked in the commercial sector for 30 yrs primarily in business development and operational positions. These roles included key responsibility within the executive management teams. Alongside these employed positions he was heavily involved with two charities which provided support for children with learning disabilities and their families and is currently deputy chair of Aylesbury homeless action group. John took on the role of CEO at Trailblazers in September 2016.

After completing an honours degree in Urban Studies from the University of Sheffield and a Masters in Economic Geography from Queens University, Canada Carina worked for PA Consulting in the UK and New Zealand before joining HSBC. A strong leader with 30 years of global corporate business transformation and change management experience, who has successfully transferred her skills to mentor young entrepreneurs and small businesses across commercial and charitable organisations, including the Princes Trust, a social enterprise business supporting people in custody and the Woking Sam Beare Hospice. Carina is married with two grown up sons.

Peter is an experienced accountant and financial director, whose most recent role was Director of Finance and IT for Pilgrims Hospices in East Kent, a charity that runs 3 hospices in east Kent. Prior to that, he set up a successful business with his wife and was Finance Director of Faber and Faber, publishers based in London, for 16 years. He is also involved in a number of other charities. He is a Chartered Accountant (FCA)

Graduating with honours in Social Sciences and Criminology, Nadeem works in the charity sector. Currently managing an outreach service for rough sleepers he is passionate about improving the life chances of those that have found themselves without a home. Previously he has mentored young offenders and gang members, helping them to rehabilitate back into society.

Anisha started her career as a commercial litigation lawyer. In 2001 Anisha joined Trailblazers as a volunteer and had the privilege of mentoring a 19 year old male serving a sentence for serious violence at HMYOI Feltham. This rich experience was the catalyst for a career change, and Anisha qualified as a Probation Officer in 2005 working with the London Probation Service for 9 years. Anisha was primarily based in a Public Protection Unit working with people who had committed serious offences and also completed two high profile secondments to the Office of Security and Counter-Terrorism, and a Youth Offending Team working with both Al Qaeda inspired and gang affiliated young people. Anisha moved to the voluntary sector in 2011 joining the Prison Advice & Care Trust (PACT), and there followed three incredibly rewarding years working as an advocate for support for prisoners\’ children and then as Head of Training and Interventions. Anisha moved to the Parole Board of England & Wales in 2014 to take up a role as Head of Development and Practice; and joined the Government Legal Department in 2017 as Head of People Development.

Alice graduated from Oxford Brookes University with a Bsc in International Hospitality and worked in hotels in both Spain and Canada before becoming a Lettings Agent in Prime Central London, which she is currently. In addition to her profession, and being a member of the Trailblazers board, Alice is an active mentor and has been since 2016. She has also been a key member of a Diversity & Inclusion Group,and a Wellbeing Board, and takes a keen interest in fundraising for a variety of charities close to her heart, often undertaking some fairly high adrenalin activities to raise as much money as possible.

Tom Pauk is a former city lawyer turned playwright. He is an official prison visitor and is involved with a number of charities in the criminal justice, dementia and mental health sectors. Tom is married with two grownup children and lives in London.

Hi – I’m Cornai Scott, I’m 22 years old and have four sisters and three older brothers. I’m a qualified Barista and coffee roaster. I am currently Operations Manager for Change Please https://www.changeplease.org/  At Change Please we hire homeless people and we pay them the London Living wage and also help them with housing, bank accounts, and recovering from addiction. I am also an Engagement Keyworker for Young People Relate https://yprelate.org/  who work on behalf of social services with kids with challenging behaviour, disabilities, and those with gang connections. I have done documentaries and interviews in the hope that my story will help deter young people from making the wrong choices. I am passionate about doing what I can to help people fulfil their potential.